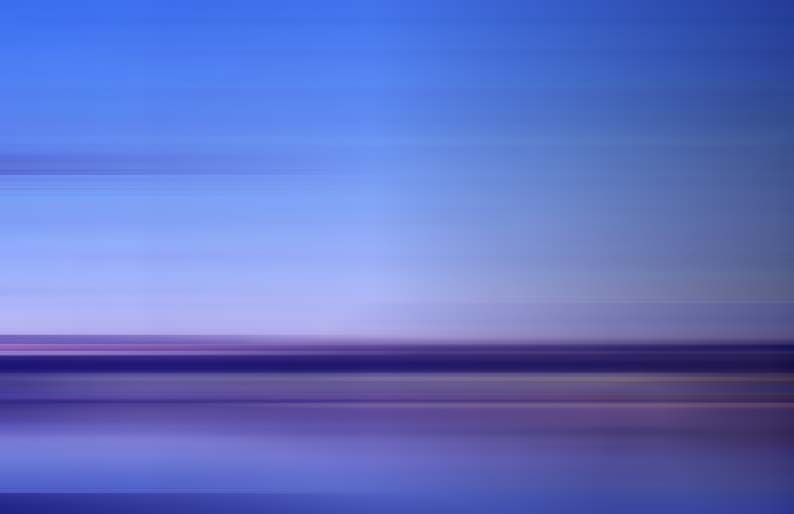 When David first started out, he recorded his song-based albums under his own name before becoming known as Sombre Reptiles in December 1980.  He reverted to his own name for subsequent anthologies.

It Can Only Get Better (1978), contains David’s first attempts at song-writing. Long since deleted, the opening instrumental track “First Declension” appears on the “Anthology 1977-2001” 2CD set and was also reworked 25 years after the initial September 1977 recording for “Ampersand” in 2002.

And The World Turns On

Between September 1977 and 1981, David recorded a number of experimental electronic instrumental albums under the pseudonym DDHR.

“The Drone Effect”‘s title track consisted of one note played for 30 minutes with varying changes in frequency. It was often used to send people off to sleep at 4 in the morning at parties.

As the title suggests, “Munchen Musik” was recorded in Munich and, like AMF (also recorded in Germany but this time near Kassel) it’s mainly piano based.

Extracts from “The Drone Effect” and “AMF” appear on the “Anthology” 2CD set.

David was heavily influenced by his best schoolfriend at the time, Dood Hamilton. Dood started writing his own country tinged songs around 1975/6 influenced by the Eagles and Neil Young. Heartband had no drummer just Dood and Fred on acoustics and David on very basic bass. But David did occasionally use knitting needles and Tupperware boxes as percussion. Stand outs were early covers of Young’s “Like A Hurricane” and Jonathon Richman’s “Egyptian Reggae”.  Much of the material was

recorded with one microphone in Dood’s mum’s front room.

In the summer of 1978, David joined up with the Gurr brothers to form a guitar, bass and drums trio playing mostly David’s compositions. The band would play on occasional Sunday afternoons at a Mental Institution near Edinburgh much to the delight of the patients.

This was Berlin with an extra guitarist as David brought Dood in. The band played around the Edinburgh area and the setlists now included some of Dood’s songs along with a memorable version of Hawkwind’s “Silver Machine”.

The group would rehearse at a local Church Hall every Sunday. The “Sven Diamond” album was recorded direct to cassette during these rehearsals. The Cross Keys set was played to a packed audience in Dalkeith and was Dood’s last gig with the band. Essentially an audience recording bootleg.

With the departure of Dennis Hamilton, guitarist Gus Bolton was recruited and the band took on a harder sound. Gus was a veteran of local punk band The Noise. The songs became shorter, louder and faster.

“Around The Sound” (1979) was recorded during rehearsal sessions, this album captured Spring 1979 perfectly.

Kicks split up at the start of the summer of 1979 and David formed a new trio with college friend Ann Park on electric violin and her brother Jim on drums.

After a couple of rehearsals, David went to Munich for the summer. On his return he formed a new trio with Gus Bolton and another ex-Noise member, Eric Merrill.

After getting a set of new songs together, David re-recruited Jim Park on drums.

To allow him to concentrate on vocals, Jim’s friend Jamie Frain was brought in on bass.

The band took its name form a shop in Edinburgh’s Royal Mile and started gigging in January 1980. By March however, Jim and Eric had left and been replaced by Keith Apter and Nicky Hind respectively.

In May 1980, David added synth to the musical line-up and Nicky left leaving a four piece.

The quartet gigged around Scotland until August when David left to live near Kassel, Germany for a year. Gus and Jamie were joined from Pure Bears by singer Kenny McLeod and drummer Donald Mitchell to form Ritual Dance.

“The Sweet Thrill..” was recorded on to two track reel to reel at Eric’s house in January 1980 after the initial five-piece had played just one gig.

“Breaking Silence” was a 6 song EP recorded in May 1980 by the second quintet line-up while “Maskless” was a collection of rehearsal and live recordings showcasing the final quartet.

The Anthology was put together in 2002 for Jamie’s 40th birthday and contains every song the Models ever played apart from their cover of the Who’s “Substitute” which was never recorded.

In early 2011, the final quartet reformed, with the possibility of playing live dates and writing new material. They were subsequently joined by Jim Park.

Unfortunately, Gus Bolton declined to play live with the group, while Jim Park also pulled out of reunion work due to other commitments.

However, in 2012, David, Jamie and Keith performed live again as a trio version of Capital Models, performing their take on a wide range of cover versions and introducing the annual Capital Models Xmas Covers night.

In 2014, the Capital Models Easter Extravaganza was planned for April – with the quartet set to perform some of their original repertoire live for the first time in almost 35 years.

This was cancelled due to the tragic and untimely death of Jamie Frain on 21 March.

In November that year, the remaining trio of David, Keith and Andy, performed again as Capital Models at a charity event for the British Heart Foundation in Jamie’s memory…

After various discussions regarding continuing the band, in May 2015, Andy finally left to live and work in Yorkshire…

Jim Park declined an offer to drum again with the group, the proposal including Keith Apter moving to bass duties and the three 80’s members forming a new trio…

In September of that year, David once again proposed a trio to revive the annual covers night but both Jim and Keith declined due to other commitments

In October 2015 David recorded solo versions of two songs from the band’s covers sets, “Starman” and “Dakota”, in memory of Jamie and uploaded those to Mixcloud but under the Cloudland Blue Quartet name

Then, in April 2016, David advised he might be working again with Keith Apter and, in May of that year, it seemed a new trio version of Capital Models was on the cards, with Keith moving to bass and new drummer John Weitzen joining the group but Keith pulled out a month later

In January 2017, David and Keith started rehearsing together once again, with Keith playing bass and, in February, Keith chose a set of songs to work on while John Weizen agreed to join the band – later that month, David and John ran through the set together and Keith then played along with the tapes of that session

In August 2017, the new trio of David, Keith and John finally played together for the first time, while David played separately with Stuart Cobley – in September it was proposed the band become a quartet again, with Stuart Cobley joining on second guitar but, when the group next played, in December, they remained a trio

However, in January 2018, the group announced Stuart Cobley had been added to the line up and rehearsals started on a regular basis

In May 2018, the group advised they would perform live for the first time in almost 4 years on 1 September 2018, while, in June, it was announced the ex-Pure Bears keyboard player Paul Reynolds would be joining the band, bringing it back to quintet status.

The Sweet Thrill Of Industry

Whilst living in Germany David decided to give himself a “band” persona and, from a shortlist of Brian Eno song titles, the name Sombre Reptiles was chosen.

In all, David released 35 albums under this name from Love/War/Travel/Etc in December 1980 to Starcrossfix in December 1995 before becoming the Cloudland Blue Quartet in the summer of 1996.  Albums were recorded using multitracking and programing with backing tapes being used for sporadic live dates.

Pictures From A Magazine

A Kiss and A Smile

Notwithstanding the Sombre Reptiles moniker, David formed a “real” band while living in Germany in 1981.

Taking their name from a magazine headline, Edith Baesse (now a radio DJ in Munich) was the lead singer, Carsten Tampe played guitar and Didi Rudolf featured on bass while David played drums.  The material performed was taken from the first two Sombre Reptiles albums, Love/War/Travel/Etc and The Value of Games

On returning to Edinburgh in the late summer of 1981, David pulled together a five piece line up including girlfriend Anne Fowler on synths and Capital Models’ original drummer Jim Park.  David played bass and two other members on guitar and saxophone respectively completed the line up (their names are lost to antiquity…).  The band never gigged but produced enough material for one album including versions of songs from Sombre Reptiles’ Pictures From A Magazine album.  Songs written with this line up also appeared on Sombre Reptiles last 1981 album, For You.

After Social Cue came to nothing, David andd Anne teamed up with drummer Jeff Foster in a band that sound a little like New Orde.  However, David was unwilling to accomodate Jeff’s love of reggae style drumming and the trio split amicably.

In the winter of 1981/82, David joined punk band Last Uprising to play keyboards on their live dates.  No recordings of the band exist in David’s archive.

David got together again with second Capital Models drummer, Keith Apter in the Spring of 1982 and they recorded one album of persussion and synth music which was received rather well in David’s adopted home from home, Germany.

Originally a four piece featuring David, old schoolfriend Alan Brodie and wife Anne Reilly (nee Fowler) on keyboards and ex-Pure Bears bassist, George Coleman, Disco Complex was formed to peform a one-off gig of cover versions of songs by the likes of David Essex, Gary Glitter, David Bowie, Iggy Pop, Magazine and Roxy Music.  The band stayed together however writing their own material (some of which appeared also on Sombre Reptiles’ A Kiss and a Smile). Keith Apter joined on percussion with ex-Ritual Dance and Pure Bears singer Kenny McLeod added on guitar and joint lead vocals.  The band eventually drifted apart in the summer of 1983.

Around the time Disco Complex split up, David was performing gigs in Edinburgh as Sombre Reptiles using backing tapes.  Alan Brodie joined him onstage briefly at one performance and the two decided to form a pop duo writing, recording and performing together from September ’83 for a year.  After a short break they reconvened to write the difficult second album but to no avail.  The duo recorded one more album of ambient music in early 1986 before changing their name to Boom!

David had known Malcolm Logan for a number of years, regularly contributing exclusive tracks to Malcolm’s cassette fanzine The Plateaux Phase and recording Malcolm’s band, Acoustic Youth.  The two got together to write and record an album under the name Charnelhouse with Josef K bassist Davy Weddell.

David formed The Dancers of San Martino with Stewart Robinson (aka Peri Urban) and brought Alan Brodie into the band along with some of the aborted Love Parade material. Meanwhile, Stewart brought in Bob Gillies from their previous band M.A.O….

The Dancers Of San Martino 1915

Over The Blue And Gold

The Respect Of Sheer Inertia 90-98

A Nice Job In A Small Town EP

I Re-Arranged The House EP

Everything You’ve Ever Wanted EP

What On Earth Have We Done EP

The Time Of Our Lives EP

Still We Doubt You EP

Half A Lifetime Away EP

Anything But Ill EP

Where Are You EP

The End Of Everything EP

An Acre Of Dreamy Vol 2

An Acre Of Dreamy Vol 3

An Acre Of Dreamy Vol 4

An Acre Of Dreamy Vol 6

An Acre Of Dreamy Vol 7

An Acre Of Dreamy Vol 8